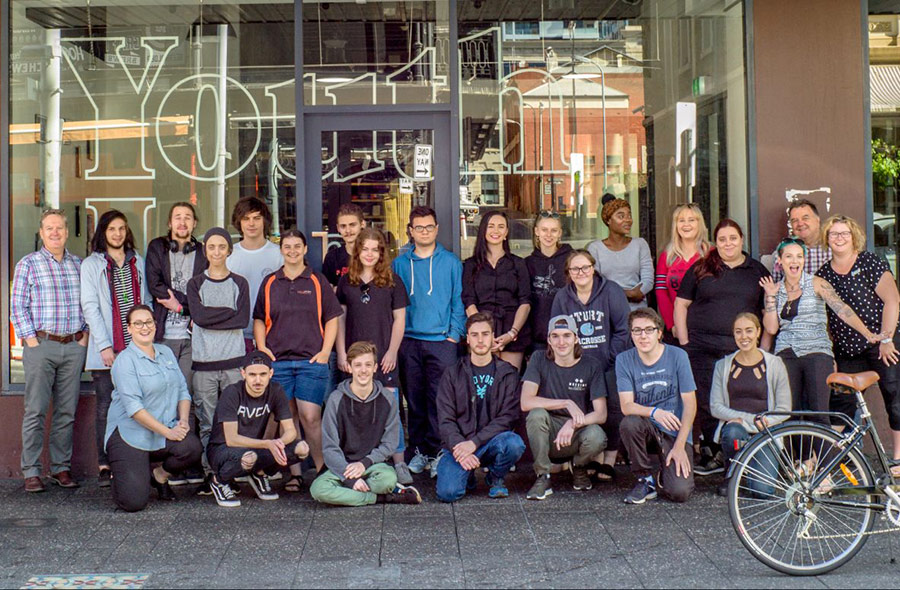 A Place for All

Youth Inc. is an independent, not-for-profit education organisation that supports youth aged 17 to 24 who have disengaged from mainstream education or employment pathways.

Spero Chapley, who founded the organization, says it’s aimed at young adults who are ready for a change, who may have left school too early, tried something else that didn’t work or who want to get their life back on track.

Youth Inc has now entered a new era as a progressive school set to bring positive change to the lives of young adults who need it the most.

The official opening of the school this month is a watershed moment for Spero.

“This is our 10th official year but I’ve been working at this for 12 years,” he says. “I started it from scratch. It was very innocent and naïve back then,” he says.

“I had a privileged upbringing but still I didn’t know what I wanted to do when I was 17 or 18. I was very confused, actually. It’s a hard time for young adults and that’s heightened if you haven’t got support.”

Youth Inc. is formally registered as an independent, co-educational senior secondary school but Spero says “that’s as close as we get to a conventional learning environment”. The new Hindley Street “studio school” has an innovative layout with a student lounge, a pop-up shopfront, enterprise studios, meeting rooms and student collaborative spaces. This unorthodox approach also applies to the teaching.

“It will be different because we don’t have classes – we have workshops, meetings and forums. We don’t have uniforms, bells, and rules, we have an adult learning space. We don’t have assignments, tests or exams – we have real-life learning opportunities based on your interests and goals,” Fred says.

Spero believes the concept of Youth Inc. is what’s needed to capture the imagination of young adults who have fallen through the cracks of education and employment.

“Young adults are at such a critical time. Life can take you in the wrong direction very quickly at that age, from late teens to early 20s,” he says.

“If life doesn’t take the right path at that age then, yes, you can still redirect but it’s harder.”

He says encouragement for the concept from all sectors has been overwhelming.

“People have been telling us what we knew, that no one is doing this. I think what we’re doing will resonate,” he says.

“The system is hard. Young adults are being set up for failure. They come to us for the first time with this dubious here-we-go-again feeling so it’s our job from the second they meet with us to change this.

“We want them to feel this is family, we will support them. This is not just a place where they come in, go through a program and get shipped out. The ‘bring-em-in-ship-em out’ approach is always based on funding, tick and flick. We are not about that.”

To say Spero is a busy man is an understatement. He runs the award-winning and constantly-evolving ‘World’s Best Supermarkets’ at Frewville and Pasadena while also donating a considerable chunk of his time to Youth Inc.

He is adamant that Youth Inc isn’t about him, or his family but it has been his vision from the start.

“It’s hard to say why I do this. It runs quite deep for me. I guess our family, we’re not your run of the mill commercial business minded people,” he says.

“Everyone says it, I know, but we really are community minded at the very heart of what we do.

“With our family, with me particularly, I think actions speak louder than words. So I tend to want to lead by action, by example, and not by talking too much.

“I always think if you’re lucky or work hard enough to get ahead you should pause and either wait for those around you to catch up or turn back and bring them with you.”