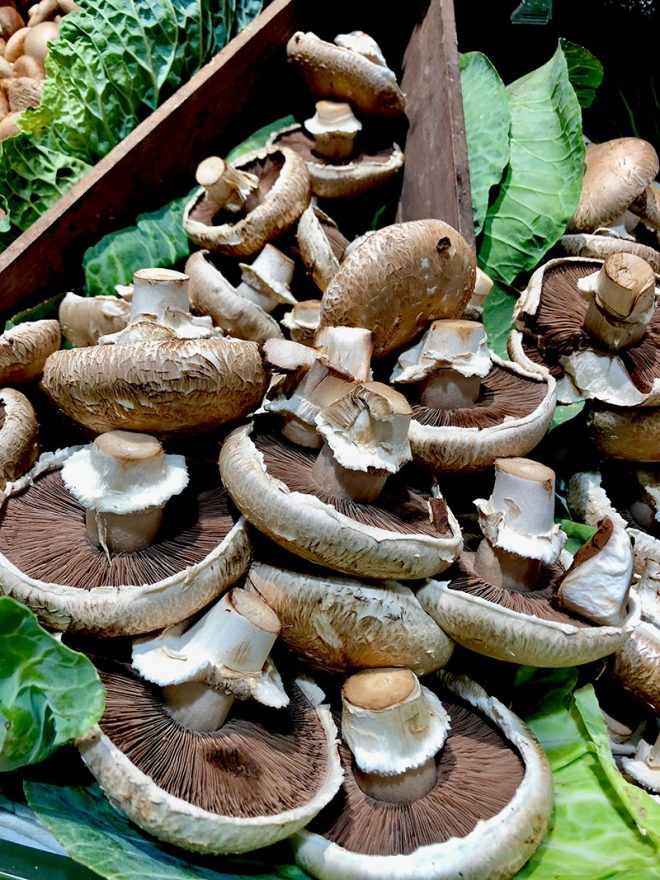 We’re mad for mushrooms and demand has soared for locally-grown, healthy and sustainable fungi.

Brothers Nick and Nat Femia, together with their father Sam, run the thriving business at Waterloo Corner, Virginia.

“We make our own compost at Lower Light, transport it to our farm at Waterloo Corner, the mushrooms then go to the SA Produce Market at Pooraka and from there are delivered to Adelaide’s finest supermarkets and other retail outlets,” Nick says.

“We have the closest mushroom farm to any produce market in the country, just 15 minutes, which is so good for our carbon
footprint.”

“We pick our mushrooms today, deliver them tonight and have them in store tomorrow so it all happens in less than 24 hours.”

The Femia family has a background in fruit and vegetable retail – Sam Femia was a greengrocer for 50 years.

The connection to fresh produce inspired the decision to start a mushroom farm. It was a five-year journey with a lot of hard work and significant research before the family picked their first mushroom in September 1998. It is a moment Nick says he’ll never forget.

“There’s such a high demand for mushrooms as a healthy, tasty food and it’s meant a 150 per cent expansion for our business which will make this the largest privately-owned mushroom farm in SA,” Nick says.

The mushroom industry is the ultimate recycler. SA Mushrooms’ compost or mushroom food is made from wheat straw, chicken manure from a poultry farm, other organic materials, gypsum and water.

“Once we finish a crop, we sell compost in bags and people use it on their gardens as potting mix or mulch so the cycle is complete,” Nick says.