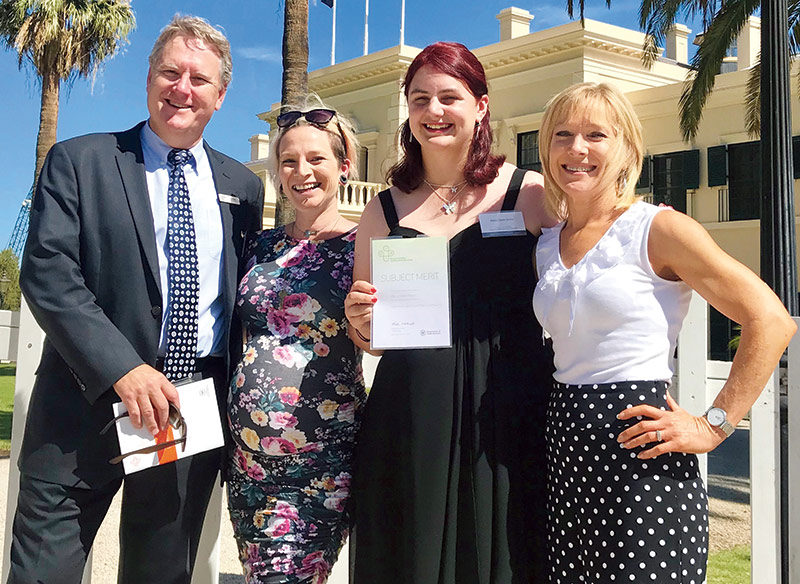 Youth Inc star student Alicia Burns exemplifies all that can be achieved
when young people are encouraged and empowered to become their best selves.

When the 24-year-old first arrived to study at Youth Inc, she was trying to manage anxiety, depression and a debilitating lack of self-confidence.

“On my first day at Youth Inc, I just hid in the corner and tried not to talk to anyone,” she says.

She successfully completed her SACE via a Certificate 3 in Hospitality and 40 credits of Stage 2 Community Studies A in which she excelled. Alicia received an A for both of her Community Studies subjects, one of these with Merit. A merit certificate is awarded by the SACE Board of SA to the students who receive an A grade and are deemed to be in the top one to two per cent of the student cohort for that subject in the State.


“Youth Inc has made such a huge difference to my life and I didn’t believe I could do anything like this,” she says.

“If I hadn’t come here, I would not have been trying to go to uni now. I never would have thought that was even an option for me.” It has been a remarkable transition for Alicia who left secondary education in 2012 during her final year of schooling because she didn’t feel she would get through and feared failing.

After leaving school, she tried a number of jobs and volunteered for organisations to help build both her employability skills and self-confidence.

Alicia found employment running children’s programs in her local church where she remained for three years but, at the end of 2017, she realised she had more to offer and decided to move on.

To support herself in the interim, she completed a barista course and sought out employment opportunities.

During her job search, she stumbled on a Youth Inc advertisement and attended an information session where the conversation about leadership and SACE completion piqued her interest.

In Community Studies, Alicia researched the Newstart Centrelink payment and found that, not only is the Newstart allowance well below the poverty line, it also has not been increased in real terms for over 20 years.

She used her studies to raise awareness of this fact and to campaign for an increase to the Newstart allowance. Alicia organised a forum where guest speakers shared their stories with an audience and the event was well received by the community – particularly those who work or advocate for those living below the poverty line.

Alicia’s forum even came to the attention of Bill Shorten whose office requested a copy of her presentation.

“Although Alicia has shone academically, the true success story is the emergence of the confident, articulate young woman who is sitting in front of me now,” Youth Inc learning curator Michelle Richards says.

“She is a lovely young lady, she still struggles with anxiety and depression, but she has worked really hard and still gives so much.”