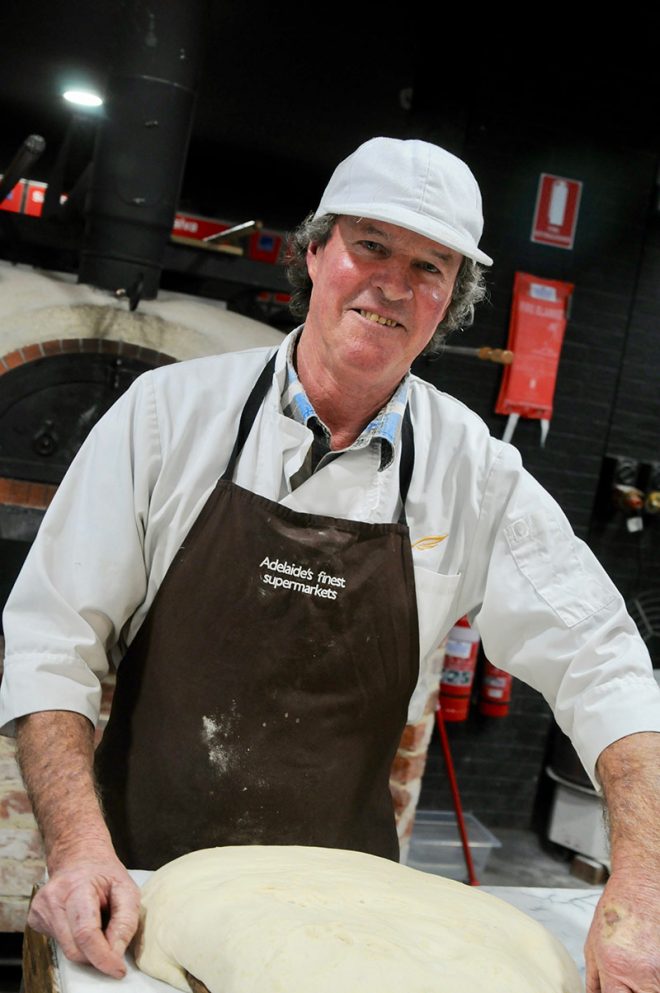 His hand-shaped loaves are dense but not heavy, flavoursome but not overly sour and have the textbook crispy, crunchy crust. The slow fermentation process (20 hours) means the bread is robust but easy on the digestive system.

“These loaves can sit on your bench all week, there’s no wastage with sourdough,” Mark says.

He uses a shovel-like tool called a peel to slide his white, rye, wholemeal and multigrain loaves in and out of the Four Grand Mere wood-fired commercial bakers’ oven.

Sydney-born Mark originally came to SA’s Eyre Peninsula on a surfing pilgrimage and ended up running bakeries at Elliston and Colton on the west coast.

He moved down to Adelaide a few years ago with his wife so their kids could go to school here. He now lives with his family at Old Noarlunga where he’s close to the beach and has space for his Kelpies.

Mark has spent years perfecting his craft and says he’s excited about taking charge of the wood oven section at Pasadena.

“I see it as a great challenge. No one has a wood oven like this in their supermarket, it’s great. I’m also really enjoying the interaction I can have with customers,” he says.

Mark will run sourdough baking workshops at Pasadena in the near future. Stay tuned!