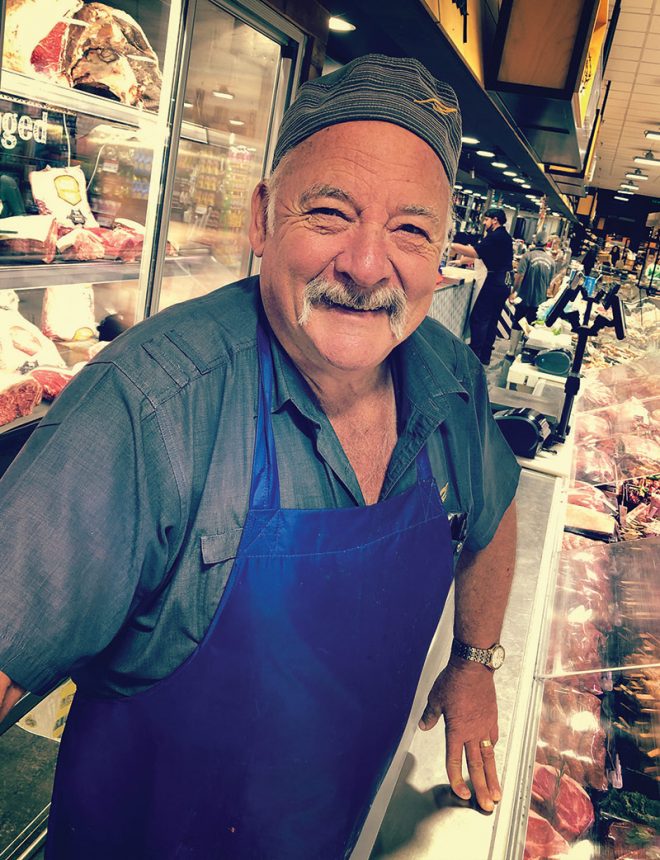 So what’s all the fuss about dry-aged meat?

Anyone who’s eaten dry-aged beef will wax lyrical about its intense, rich flavours and super-tender texture.

The Rolls Royce of beef costs more than the average steak, mostly because it’s a very labour-intensive product – but it’s worth every extra cent.The drying process involves hanging the beast for extended periods in a temperature and humidity controlled environment. Over time, moisture is lost from the meat which concentrates flavour and natural enzymes break down the connective tissue in the muscle which leads to more tender beef.

Frewville and Pasadena source restaurant-quality dry-aged meat from respected local producer A Hereford Beef which farms cattle in SA’s South East and dry ages it for a minimum 30 days. The most popular cuts include rump, T bone, porterhouse and fillet.

“We’ve been selling dry aged for a couple of years,” Frewville head butcher Des Edwards says. “Now it’s getting so popular that we’re focusing on it even more. We sell a lot to weekend shoppers who like to serve something a bit different to their friends.

“We do all the preparation and all our customers have to do is invite their friends over and enjoy it.”

“It has amazing flavour and tenderness. It’s a special occasion steak for sure. Eventually we’re going to do dry ageing here on site, that’s the plan,” he says.